skip to main | skip to sidebar

An Open Query Letter to Literary Agents and Editors 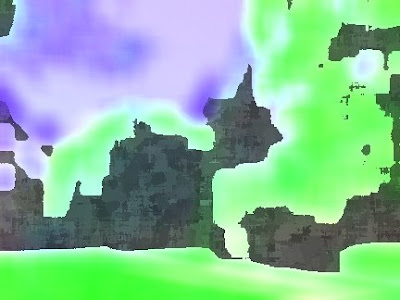 -
I was driven to Cherokee, caged in a police car.

I had never been charged with a crime–just with youthful indiscretion and recklessness. The Woodbury County court system labeled me, an 18-year-old girl, as mentally ill, a "fit subject for custody and treatment in the Mental Health Institute" (from my court records).

I, Driven: memoir of a teen's involuntary commitment opens with a short scene: I, caged in the back of the police car.

The narrative then shifts to Santa Monica and Hollywood, California, Christmas Eve, 1968.

As I grooved on, my frightened grandparents, who raised me, plotted to lure me home to Sioux City, Iowa, to help me "get my head on straight."

The memoir’s primary narrative thread covers the months between Christmas Eve 1968 through May 9, 1969: my psychedelic days in Hollywood, return to Sioux City, involuntary incarceration in Cherokee, and, finally, escape to Pennsylvania. The narrative also includes some flashbacks to Fall 1968 and from my childhood. In addition, there is a secondary 2004 thread contemplating my return to Cherokee–this time voluntarily and as a visitor.

The manuscript is 415 pages (about 86,000 words). My target audience: baby boomers–those who walked my path and those who wish they had (well, perhaps a little). Also, the book is likely to draw a younger audience; the first person primary narrative thread recreates the youthful voice of 18-year-old Jennifer L. Semple, who could appeal to an 18 to 35-year-old reader.
My publications include The Re-feeding Program, excerpt from "The Big Diet" (short story), The Non-Dieting Weblog (2006); Copyright: Ethics Versus Education in Macedonia (article, page 12), American Writer: Journal of the National Writers Union (2005); Persona Grata (essay), Writer’s Digest Online (2005); Are You EVER Going to be Thin? (and other stories) (2004).

Below are links to a book summary, blurb, synopsis, notes on narrative thread, and research note. In addition, I have also included short excerpts from the memoir.

I would be happy to send to interested AAR agents and/or traditional editors hard copies of the above and/or print copy of the full or partial manuscript. For more information, e-mail me. If you have read this far, thank you for your time.

Table of Contents for Memoir

I wish I were an agent (um, a literary agent) but alas I am not. Your book looks to have great promise, and it is also fun to see that the Post Foetry site has gone on, with you and Alan and all (on the original foetry site you would have known me as mirsk). Well, maybe you would have.

Of course I remember you, Mirsk.

It's so good hearing from old Foetry friends. I have added a Foetry archive search feature on the blog, so old posts are just a click away.

Thanks for the encouragement!

O.T. Project in the Institution